Wind loads on steel structures are determined by first establishing the pressure distributions on structures after considering the appropriate design wind velocity, the exposure condition, and the local variation of wind pressure on the structure (Art. 9.2). Then, the wind loads on frames and structural elements are determined by distributing the wind pressure in accordance with the tributary areas and relative stiffness of the various components.
Seismic design loads are determined by the static-force or dynamic methods. With the static-force method, the total base shear is determined by Eq. (9.5). It is distributed to bents and structural elements by simple rules combined with considerations of the distribution of mass and stiffness (Art. 9.4). With the dynamic method, the total range of dynamic modes  of vibration are considered in determination of the base shear. This is distributed to the bents and components in accordance with the mode shapes. For both wind and seismic loading, forces and moments in members and connections can be first estimated by approximate analysis techniques (Art. 9.8.1). They may be ultimately computed by finite-element or other structural analysis techniques.

Once member and connection forces and moments are determined, design for lateral loads is similar to design for other loadings.
Connections used for wind loading run the full range of unrestrained (pinned), fully restrained (FR), or partly restrained (PR) connections. PR connections are frequently used for wind loading design, because they are economical and easily fabricated and constructed.
Connections used in seismic design are normally unrestrained or FR connections. PR connections have less seismic resistance than the members they are connecting, and therefore  inelastic deformations during severe earthquakes are concentrated in the connections. PR connections have limited energy-dissipation capacity. Furthermore, the total ductility and deformation capacity of a structural frame under cyclic loading is uncertain, and the energy dissipation is concentrated in the connections. These combined effects have limited the use of PR connections in seismic design. Nevertheless, they offer many advantages and may be economical for use in less seismically active regions, rehabilitation projects, and perhaps, in the future, major seismic regions.

Wind loading design is based on elastic behavior of structures, and strength considerations are adequate for design of wind connections. Seismic design, in contrast, utilizes inelastic behavior and ductility of structures, and many design factors must be taken into account beyond the strength of the members and connections. These requirements are intended to assure adequate ductility of structures. Code provisions attempt to assure that inelastic deformations occur in members rather than connection (Art. 9.7).
Designs for wind and seismic loading often use floor slabs and other elements to distribute loads from one part of a structure to another (Fig. 9.22). Under these conditions, the slabs  and other elements act as diaphragms. These may be considered deep beams and are subject to loadings and behavior quite different from that encountered in gravity-load design. It is important that this behavior be considered, and it is particularly important that the connection between the diaphragms and the structural elements be carefully designed. These connections often involve a composite connection between a steel structural member and a concrete slab, wall, or other component. The design rules for these composite connections are not as welldefined as those for most steel connections. However, there is general agreement that the connections should be designed for the largest forces to be transferred at the interface. Also, the design should recognize that large groups of shear connectors or other transfer elements do not necessarily behave as the sum of the individual elements.

Braced frames, which are economical systems for resisting both wind and earthquake loadings, frequently require large gusset plates in connections (Fig. 9.23). Different models for predicting the resistance of these connections may produce very different results and further research is needed to define their behavior. Hence, it is likely that there will be continuing changes in the design models for connections for lateral-load design. (See Sec. 5.)
Models used for design of connections should satisfy the equations of equilibrium, ensure support for maximum loads and deformations that are possible for connections, and recognize that large groups of connectors do not always behave as the sum of the individual connectors. 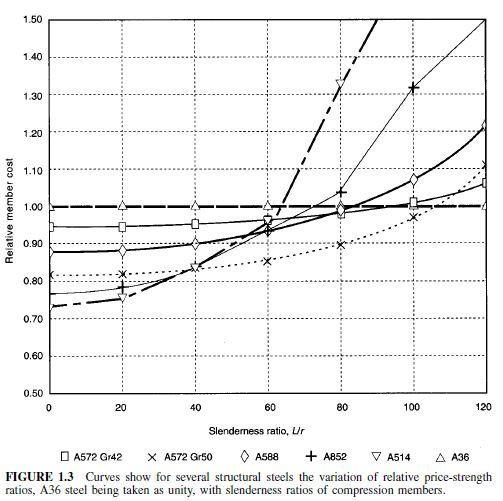