Beams are structural members subjected to lateral forces that cause bending. There are distinct relationships between the load on a beam, the resulting internal forces and moments, and the corresponding deformations.
Consider the uniformly loaded beam with a symmetrical cross section in Fig. 3.22. Subjected to bending, the beam carries this load to the two supporting ends, one of which is hinged and the other of which is on rollers. Experiments have shown that strains developed along the depth of a cross section of the beam vary linearly; i.e., a plane section before loading remains plane after loading. Based on this observation, the stresses at various points
in a beam may be calculated if the stress-strain diagram for the beam material is known.
From these stresses, the resulting internal forces at a cross section may be obtained.
Figure 3.23a shows the symmetrical cross section of the beam shown in Fig. 3.22. The strain varies linearly along the beam depth (Fig. 3.23b). The strain at the top of the section is compressive and decreases with depth, becoming zero at a certain distance below the top.
The plane where the strain is zero is called the neutral axis. Below the neutral axis, tensile strains act, increasing in magnitude downward. With use of the stress-strain relationship of the material (e.g., see Fig. 3.11), the cross-sectional stresses may be computed from the strains (Fig. 3.23c).

The moment M is usually considered positive when bending causes the bottom of the beam
to be in tension and the top in compression. To satisfy equilibrium requirements, M must be equal in magnitude but opposite in direction to the moment at the section due to the loading.

Bending in the Elastic Range

If the stress-strain diagram is linear, the stresses would be linearly distributed along the depth of the beam corresponding to the linear distribution of strains:

Bending in the Plastic Range

If a beam is heavily loaded, all the material at a cross section may reach the yield stress Æ’y [that is, Æ’(y) =+- Æ’y]. Although the strains would still vary linearly with depth (Fig. 3.24b), the stress distribution would take the form shown in Fig. 3.24c. In this case, Eq. (3.57) becomes the plastic moment: 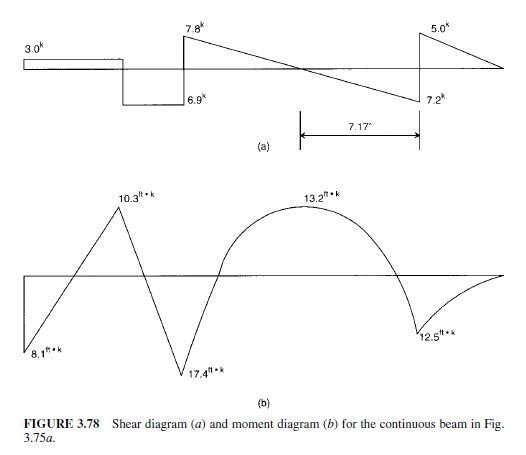 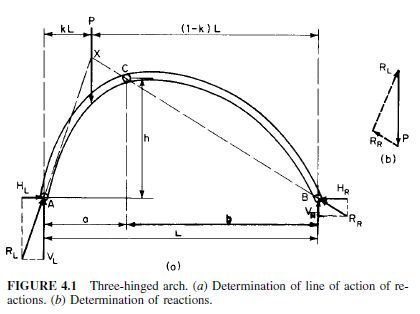 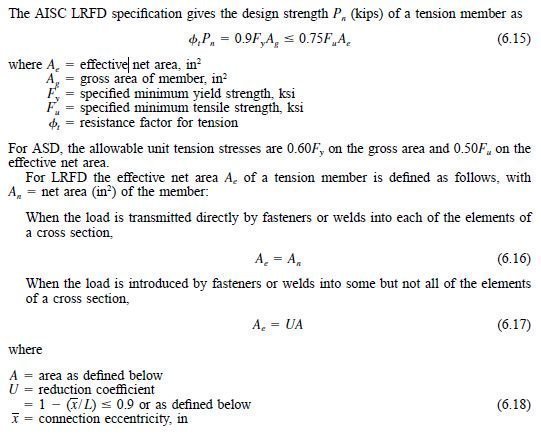