The concept of force is an important part of mechanics. Created by the action of one body on another, force is a vector, consisting of magnitude and direction. In addition to these values, point of action or line of action is needed to determine the effect of a force on a structural system.
Forces may be concentrated or distributed. A concentrated force is a force applied at a point. A distributed force is spread over an area. It should be noted that a concentrated force is an idealization. Every force is in fact applied over some finite area. When the dimensions of the area are small compared with the dimensions of the member acted on, however, the force may be considered concentrated. For example, in computation of forces in the members of a bridge, truck wheel loads are usually idealized as concentrated loads.
These same wheel loads, however, may be treated as distributed loads in design of a bridge deck.

A set of forces is concurrent if the forces all act at the same point. Forces are collinear
if they have the same line of action and are coplanar if they act in one plane.
Figure 3.1 shows a bracket that is subjected to a force F having magnitude F and direction defined by angle . The force acts through point A. Changing any one of these designations changes the effect of the force on the bracket.
Because of the additive properties of forces, force F may be resolved into two concurrent force components Fx and Fy in the perpendicular directions x and y, as shown in Figure 3.2a. Adding these forces Fx and Fy will result in the original force F (Fig. 3.2b). In this case, the magnitudes and angle between these forces are defined as3

Similarly, a force F can be resolved into three force components Fx, Fy, and Fz aligned
along three mutually perpendicular axes x, y, and z, respectively (Fig. 3.3). The magnitudes
of these forces can be computed from

where x, y, and z are the angles between F and the axes and cos x, cos y, and cos z are the direction cosines of F.
The resultant R of several concurrent forces F1, F2, and F3 (Fig. 3.4a) may be determined by first using Eqs. (3.2) to resolve each of the forces into components parallel to the assumed x, y, and z axes (Fig. 3.4b). The magnitude of each of the perpendicular force components can then be summed to define the magnitude of the resultants force components Rx, Ry, and Rz as follows:

The direction R is determined by its direction cosines (Fig. 3.4c):

where x, y, and z are the angles between R and the x, y, and z axes, respectively.
If the forces acting on the body are noncurrent, they can be made concurrent by changing the point of application of the acting forces. This requires incorporating moments so that the external effect of the forces will remain the same (see Art. 3.3). 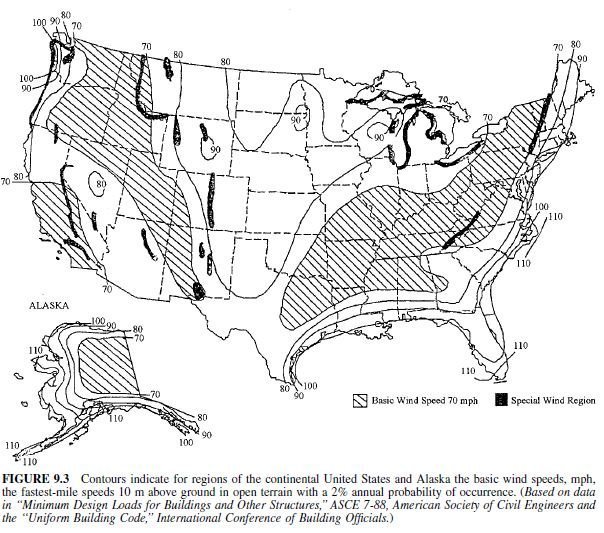 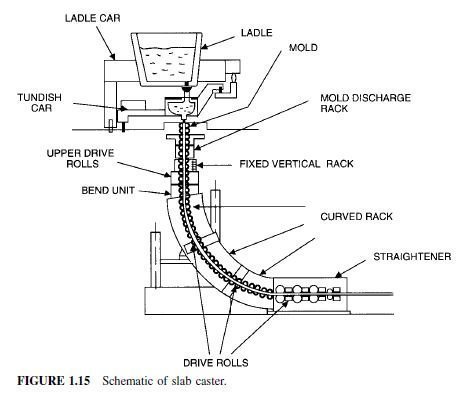